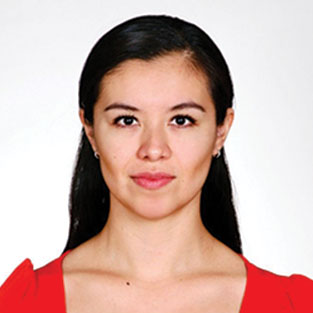 Title: Use of compressive sutures in the control of obstetric hemorrhage as a conservative measure of the uterus, in a Medical Center, from June 2017 to December 2020

Objective: To describe the results obtained in the use of compression sutures in the control of obstetric hemorrhage as an alternative measure that conserves the uterus.
Materials and methods: Observational, cross-sectional, descriptive, and retrospective, carried out at the Naval Medical Center in Mexico City, from June 2017 to December 2020. Patients with a diagnosis of postpartum obstetric hemorrhage were included. In which advanced surgical techniques were applied, such as compression sutures with the Hayman and B-Lynch technique. The variables of 1) Amount of bleeding before and after applying the compression suture, 2) Procedure time, 3) Hemoglobin concentration on admission to the care unit, 1 hour after the bleeding and 24 hours after the procedure were analyzed. surgical intervention, 4) outcome of the techniques, 5) complications. SPSS version 22 was used for data analysis.
Results: 72 patients were registered: 46 patients with application of the Hayman technique and 26 patients with the B Lynch technique. Blood loss after the application of the techniques was lower (p<0.001). The surgical time in the application of compression sutures was 85.8±17.6 minutes. The concentration at hospital admission and 1 hour after bleeding was significantly lower (p<0.01) versus 24 hours later (p<0.05). Among the causes of obstetric hemorrhage, we found uterine atony with 59 patients (81.94%), bleeding at the placental insertion site 8 (11.11%) and placenta previa 5 (6.94%). No maternal deaths associated with suturing techniques were reported.
Conclusion: Uterine suture techniques represent a useful, fast and uncomplicated procedure for the control of obstetric hemorrhage and a uterine- conserving measure.

Erika Valencia Mejía has completed her Medical carreer at the age of 25 years from UAQ, Mexico. After finishing she made a specialty in gynecology and obstetrics in Mexico City, as well as a diploma in minimally invasive surgery and another in ultrasonography.