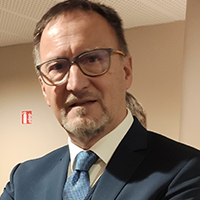 Endometriosis is defined as the presence of endometrial glands or stroma outside the uterus, it is diagnosed commonly in women of child-bearing age frequently with subfertility. Endometriosis is associated with the presence of uterine fibroids in 20-25% of cases.
Uterine fibroids are benign tumors of the smooth muscle cells of the uterus. It isn’t clear if fibroids interfere with fertility and pregnancy. The question then arises as to which is the best therapeutic treatment to use. Sometime medical therapy isn’t effective or has contraindications, surgery can be burdened with secondary effects that can alter the fertility. In recent years, new techniques have been introduced to integrate conventional surgical and medical therapies, that involve the use of different forms of energy. Among these energies an important place is occupied by microwaves (MW). The MWs create an electromagnetic field that transforms kinetic energy into heat which induces cell death by coagulation necrosis. Some authors, especially in China, have used MW ablation to treat fibroids with a high rate of reduction in their volume, concluding that it is an effective and safe minimally invasive therapy. A careful surgery that can at the same time cure endometriosis and uterine fibroid is therefore desirable in order to improve the fertile capacity of the woman who is affected by both diseases. We have choosen to use a thermoablative treatment because a myomectomy performed during surgery for endometriosis greatly lengthens the surgical time and increases the possible complications. The use of the MW takes a very short time and involves minimal bleeding. We use MW AMICA of HS Hospital Service. I will show the laparoscopic technique used and how we conduct the follow-up at 6 months.

Massimo Bardi graduated in medicine and surgery at the University of Milan in 1973. In 1982 he obtained a specialization in obstetrics and gynecology at the same University. He has worked in various gynecology departments of hospitals in the province of Bergamo in Italy. In one of these he was also a department manager (2002-2009). Since 2014 he has been interested in endometriotic pathology and for two years he has also been involved in gynecological thermal ablation with microwaves.