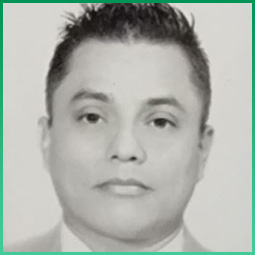 OBJECTIVE: To describe the Ramírez-Maksymenko technique (ligation of hypogastric, ovarian, Sampson arteries) and show that immediate pelvic computed tomography angiography favors the decrease in maternal morbidity and mortality due to obstetric hemorrhage.
MATERIALS AND METHODS: Prospective study carried out between the months of May 2019 to March 2020. Patients with obstetric hemorrhage postoperated with the Ramírez-Maksymenko technique were included, with follow-up by pelvic computed tomography angiography and observation of the main arteries supplying the uterus, according to the time after surgery until returning to normal.
RESULTS: Five patients were studied who, on postoperative pelvic computed tomography angiography, found adequate uterine vascularity through the arteries: medial sacral, iliolumbar, vaginal, and ovarian arteries. All patients returned to normal at approximately 3 months 14 days. The diameter of the hypogastric patients the day after the postoperative period was 1 mm and at 3 months 14 days 4 mm (normal).
CONCLUSIONS: With this technique, massive transfusions, admission to intensive care, reduction of uterine vascularity are avoided, and a faster return to normal is favored. With this dearterialization technique, the uterus continues with adequate vascularity through the iliolumbar, middle sacral, vaginal, and branches of the ovarian arteries, despite being linked, which should happen with other surgical techniques where they are ligated. A single silk 1 or 2-0 chromic thread is sufficient to decrease the diameter of the hypogastric; some techniques use two sutures. In approximately 3 months and 14 days, the circulation returns to normal.