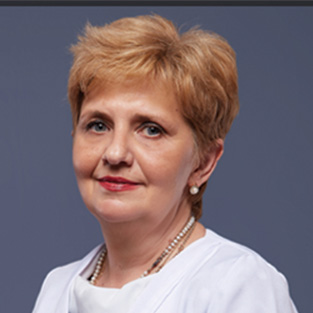 Institute of Children and Adolescents Health Care of the NAMS of Ukraine, Ukraine

Title: Hypoandrogenism in adolescent boys is a predictor of metabolic syndrome and hepatic steatosis formation

Close attention of researches in recent years has been drawn to the issue of gender differences in the pathogenesis and course of many non-infectious diseases, which determine in addition to the state of the reproductive system the metabolic status and contribute to the formation of the metabolic syndrome. To date, the pathogenetic relationship between the presence of hypogonadism in men and disorders of carbohydrate and lipid metabolism has been established, suggesting that there are pathogenetic parallels between testosterone deficiency and nonalcoholic fatty liver disease (NAFLD), which is considered as a hepatic manifestation of metabolic syndrome. The study involved 157 adolescent boys with hypoandrogenism (HA) aged 14-18 were examined. Clinical and laboratory investigation (ALT, AST, GGT, glucose, lipidogram, testosterone, estradiol, insulin, indicators of free radical oxidation (TBA reactive substances, carbonylated proteins, conjugated dienes) and antioxidant protection (catalase, glutathione peroxidase, superoxide dismutase)) and liver ultrasound were carried out. The liver steatosis was found in 47 (30%) adolescent boys with HA. Factor analysis was used to study the relationship between indicators of hormonal status, functional state of the liver, and processes of free radical oxidation and antioxidant protection. It was established that the atherogenic changes in the lipidogram, the presence of insulin resistance, the activation of cytolytic processes in the liver, and the relative deficiency of antioxidant enzymes which leads to manifestations of oxidative stress are important in the pathogenesis of liver steatosis, which contributes to the formation of NAFLD. The obtained results provide grounds for the development of therapeutic and preventive measures in adolescent boys with HA and comorbid liver pathology. Prevention of the development and progression of liver steatosis in adolescent boys with HA is a significant contribution to the prevention of metabolic syndrome and reproductive disorders formation in the future.

Larysa Strashok graduated from Kharkiv National Medical University in 1984. Now she is a professor, Head of the Department of the scientific organization of medical care for schoolchildren and adolescents at SI „Institute of Children and Adolescents Health Care of the NAMS of Ukraine” and professor at Kharkiv Medical Academy of Postgraduate Education. She is the author of more than 250 papers included 8 publications in Scopus.