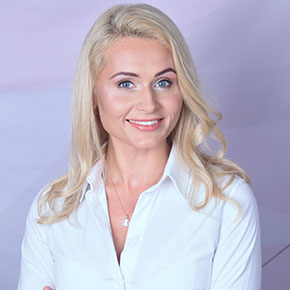 Title: Assessment of oxidative stress markers and their impact on the metabolic profile in patients with polycystic ovary syndrome (PCOS)

PCOS is a disorder with a prevalence of up to 30% of reproductive-age women. Moreover, in the group of infertile or anovulating or rarely ovulating women, up to 80% has PCOS symptoms. Despite the high incidence of PCOS, its’ etiology remains poorly understood. Therapy of PCOS is currently based on the symptom treatment and prevention of the disturbances in ovulation and menstruation, hyperandrogenism, disturbances of cholesterol metabolism, liver dysfunction and cardiovascular system problems.
Up to date there are no good PCOS predictor or risk factor for the accompanying metabolic disturbances. Also, the diagnostic remains controversial and the debates on the common and unequivocal phenotype are ongoing.
The study concerns the analysis of the markers of oxidative stress MDA, SOD, GPX, 8-OHdG, TRAP and their influence on metabolic parameters in patients with PCOS.
Based on the results from blood serum samples of the PCOS patients a broad statistical analysis was performed in search of the correlation of the tested parameters.
The analysis showed an increased level of the oxidative stress markers in the PCOS patients’ samples in comparison to the control group, although observed changes were statistically insignificant. Changes in the oxidative stress markers were accompanied by the significant disturbances of the metabolic parameters, including androgens level, cholesterol, glucose, insulin resistance factors and level of liver transaminases.  Clear correlations between the oxidative stress markers and metabolic parameters were not found, however correlations between metabolic factors were confirmed.
PCOS has a complex, differential, and multi-aspect clinical profile. Although, the successful selection of the oxidative stress markers for the PCOS diagnostics was not possible, we found some trends and relationships between the tested parameters. They can be used for a future design of a broader test with a better success rate. For better effectiveness in diagnostic tools and risk factors searching, it might be necessary to differentiate patients according to the symptoms and/or type of the PCOS phenotype.

Doctor Estera Klosowicz graduated with a specialization in obstetrics and gynecology and dietetics at the Clinical Department of Gynecological Endocrinology at the University Hospital in Krakow. She completed an internship at the American Center of Reproductive Medicine Cleveland Clinic. She is the author of numerous scientific publications.